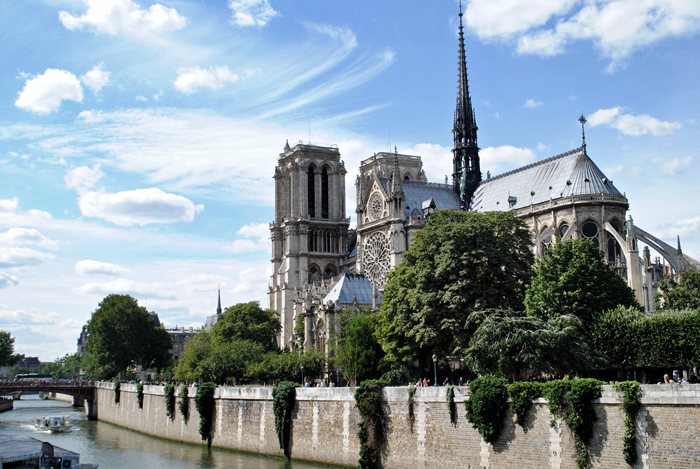 Jesse:
I heard this story once about when the Germans were occupying Paris and they had to retreat back. They wired Notre Dame to blow, but they had to leave one guy in charge of hitting the switch. And the guy, the soldier, he couldn’t do it. You know, he just sat there, knocked out by how beautiful the place was. And then when the allied troops came in, they found all the explosives just lying there and the switch unturned, and they found the same thing at Sacre Couer, Eiffel Tower. Couple other places I think…
Celine:
Is that true?
Jesse:
I don’t know. I always liked the story, though.